Emma Louise Pursey is a critically acclaimed stage and screen actor who has performed nationally and internationally since 1997.

During this time, she was also directed by the legendary Diane Cilento in her production of Myrrah, performed alongside David Helfgott, and became co-director of her own ensemble theatre company, The Brides of Frank; one of Queensland’s most significant (and infamous) independent companies of the mid 2000s. In 2007 Emma’s final performance with Frank Theatre saw her perform her Dell’Artè award-winning role of the Medium in Rashomon for Tadashi Suzuki’s second ever visit to Australia. Emma moved into independent and mainstage work for Queensland Theatre Company, Brisbane Powerhouse, QPAC, Metro Arts Theatre and La Boite Theatre where she won her second Dell’Artè award for her multiple roles in Oodgeroo.

Relocating to Melbourne, Emma expanded her screen work to include roles on Neighbours, Winners and Losers, Underbelly Squizzy and numerous award-winning short films. Melbourne independent theatre highlights include playing the role of Character A in North of Eight’s Terminus, being directed by John Gauci in The Process, Prospero in Melbourne Shakespeare Company’s The Tempest, and Belinda in The Man Of Mode at Chapel Off Chapel.

Early in her career Emma was also a vinyl electronic music DJ who played in Beijing for the Millennium, and toured nationally and internationally performing a live-mixed soundscape to contemporary dancer, Lisa O’Neill’s solo work, Fugu San at Dancehouse (Melbourne), The Performance Space (Sydney), New Territories Festival (Glasgow) and the Asia Contemporary Dance Festival (Osaka). Emma has also produced/assistant-directed photographer, Peter Milne’s The Oddfellow’s Daughter for MICF at ACMI, short-films The Last Time I Saw You and Grevillea, and Butoh artist, Helen Smith’s performance of Lady Macbeth at the Asia Pacific Triennial of Performing Arts.

In 2022 Emma will play the role of May in Sam Shepard’s Fool for Love, directed by former La Boite Theatre Company Artistic Director, Sean Mee with original music by Mick Harvey in an exclusive season at 16th Street Actors Studio B where she is also a faculty member. 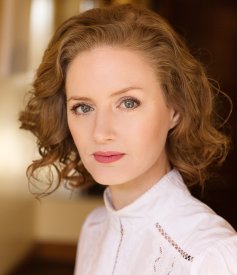